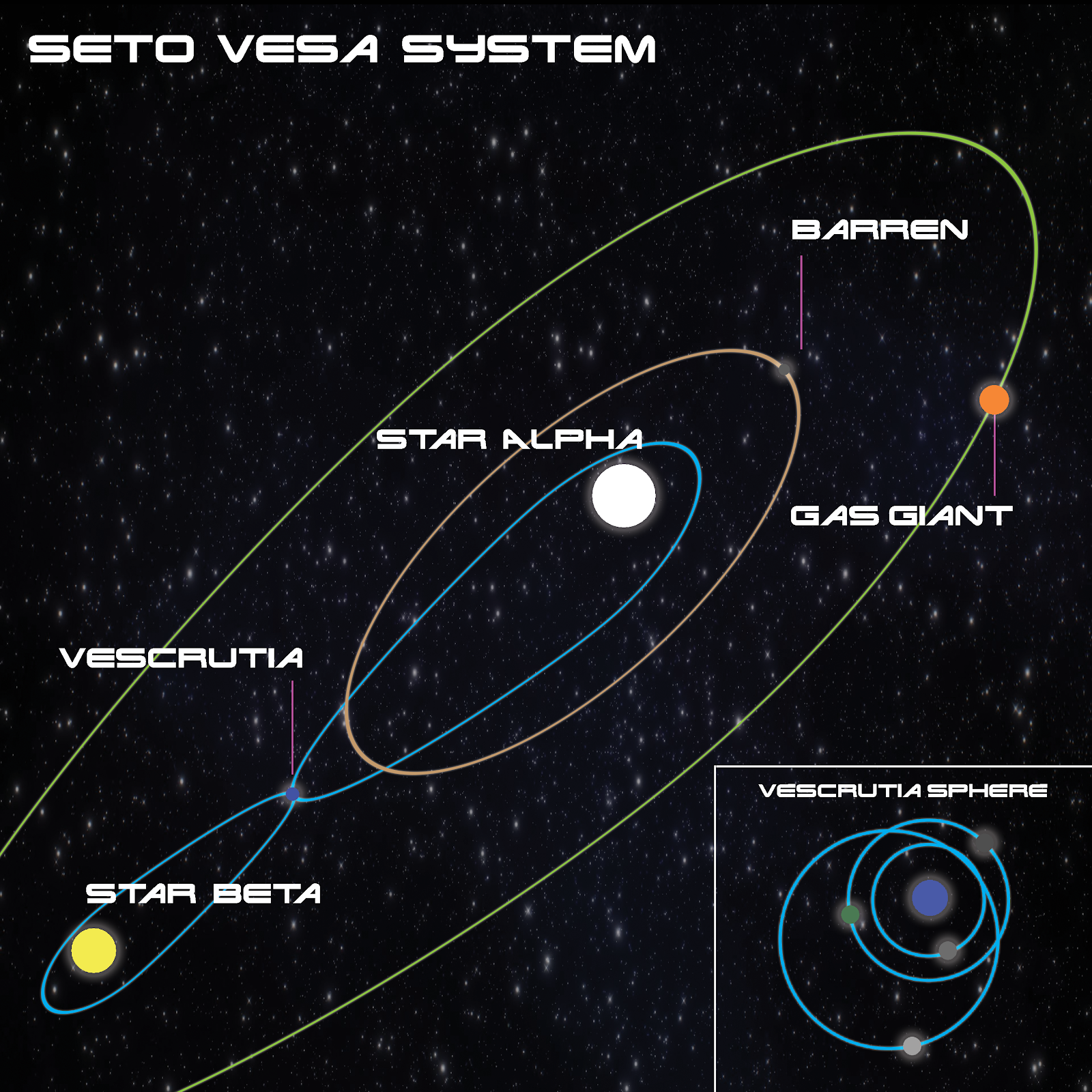 Faery Kind- The Faery or “Fae” as they are often called, are creatures born from the most primal forms of life on Vescrutia. As such there are innumerable types of Fae kind embodying the wisdom and guardianship of the many aspects of the planet. Some of these manifestations include beings of the elements, natural forces, as well as various forms of insects and plants.


Atlanteans- A word in the common language used to describe fish elves. Vescrutia has countless oceans, all having mysterious denizens. The Ulthrazeen of Ulum- The Freshwater sea are the well known Atlanteans.

Horsemen - An agent of Armageddon, who’s purpose is to subjugate worlds for their master. The horsemen prey on the week and destroy all institution of knowledge and culture, erasing the history of the Vescrutian people. They seem to appear every Astral Year bringing about wanton destruction and oppression.

Primordial Scholars - Countless immortal beings, as plentiful as the stars in the sky. While their origin is unknown. They take form of constellations in the night sky that resemble animals. They possess great knowledge and have been known to share it with creation across the cosmos. Their knowledge and influence is said to affect how those born under it utilize Naten.

The Pillars- A Naten aware agent of change on Vescrutia, you.

The Great 13- An alignment of 13 powerful Pillars. The Great 13 was a movement of The Second Astral Year, freeing oppressed people from those who abused power and the use of Naten. Coincidentally these people were knowingly or otherwise under the influence of the Horsemen, and so The Great 13 began to crusade against the Horsemen as a whole. It is unclear how many members there were but there are founding members of the movement which extend to - The Hellgate, The Venkage, The Michio, The Shadoo Boxer, The Mitre Clan, The Lawless Sages, and The Architects of Old.

Vestige - Any superstructure left over from a previous age of Vescrutia that can be harnessed by Vescrutians sensitive to the energy. Notable Vestiges are: Crystal Courts, and Lumin, The Arcturian Coliseum
Everything posted by this account is official property of ©Vescrutia2018, no reproduction, or reposting of this content identical to or closely resembling is allowed.
Top
Post Reply
1 post • Page 1 of 1